Welcome to Key West, America’s tropical paradise and sportfishing capital of the world. As part of your vacation rental package, you are provided complimentary concierge consultations. Our concierge service is available free of charge every day from 8 am till 8 pm. We offer a local perspective to guide your Key West experience in a manner that meets your needs and exceeds your expectations. Whether you are here for family fun, to fish and dive, or just to party on Duval Street, we are at your service. Use the Trip Planner and Start Planning, or give us a call to hear about the latest events and adventures or to simply make a dinner reservation. We look forward to assisting you in Key West.

Local Guide Things To Do in Key West

We operate in the heart of Old Town Key West, just one block off Duval, so stop by, rest your feet and enjoy a cool drink while you check-out our latest Cuban and Local Art installations.

We have a unique selection of gifts, original t-shirts, and local hand-crafts.  We’re also the Embassy of the Conch Republic, so you can make an appointment to receive your Official Conch Republic Passport.

If you are arriving early (or have a late check-out) we provide luggage storage.

We have comfortable seating, complimentary concierge service, and free beer, so make the OKW Welcome Lounge your first stop when you arrive on the island.

Feel free to call in advance if you have any special requests.  We are happy to help you.

Planning a Trip to Key West?

Let us know when you are coming to Key West and we will present the best options available. 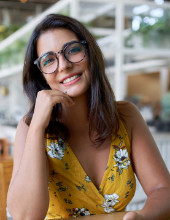 The staff at Our Key West is exceptional and know the meaning of excellent customer service.

These Folks are Super Cool!

Their shop is dope. 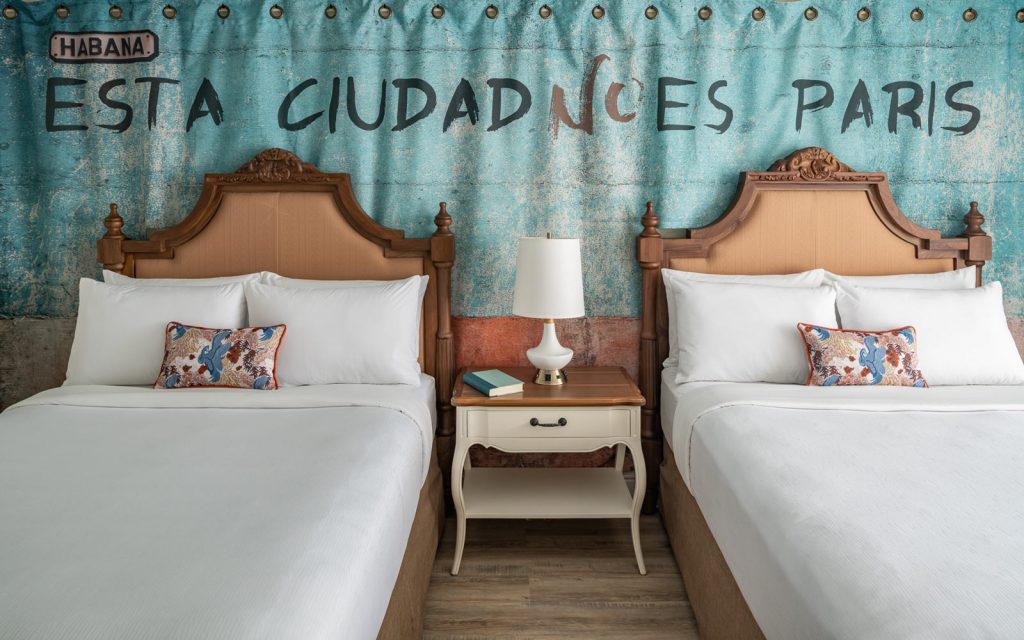 With waterfront views and the biggest pool in all of Key West, Havana Cabana is one of the best new hotels to have popped up on Roosevelt Boulevard in the last few years. But what really makes the 106-room property stand out is its unmistakable Cuban flair. There’s a 1957 Chevy parked outside the hotel’s […]

More Fun Things to do in Key West

The history and culture of Key West can be found everywhere. As you stroll down Whitehead Street you will pass the Hemingway and the Lighthouse Museum, the Custom House, the Shipwreck Museum – there is so much to learn about Key West’s history and the culture that makes this island appealing for everyone.

African Slave Cemetery (1000 Atlantic Blvd.) Located on Higgs Beach, this burial site memorializes 295 Africans who died on the shores of Key West after being rescued by the US Navy in 1860 and diverted the ships to Key West. The grave site is marked by pillars that are carved with symbols of West African proverbs.

Audubon House & Tropical Gardens (205 Whitehead St.)
The beautiful garden offers visitors a lush 1-acre view of orchids, bromeliads, and other tropical foliage, an herb garden and 1840-style nursery. The house, which is a restored three level Captains home, has many antique furnishings purchased from estate sales and auctions in Europe. The gallery features a unique collection of Audubon art and prints including the limited edition of Birds of the Florida Keys.

East Martello Museum (3501 South Roosevelt Blvd.) Located across from Smathers Beach by the Key West airport, this Civil War watch tower was constructed in 1862 by the US Army to defend against a possible Confederate attack by sea. Visitors can explore the preserved collection of Civil War relics, learn about the early days of wrecking and cigar making and view a collection of sculptures by artist Stanley Papio. And do not miss meeting the ‘ghosts of East Martello,’ and see the famous Robert the Doll.

Ernest Hemingway Home & Museum (907 Whitehead Street) Visit the home of Ernest Hemingway, who lived and wrote in Key West for more than a decade. Hemingway loved the water off the Florida Keys and traveled and lived for many years of his life between Key West and Cuba (only 90 miles away). Do not miss taking a tour of his Key West home and learn about the most prolific period of his Nobel Prize writing career. Visitors will also see the famous 6 toes cats that freely roam the grounds.

Historic Seaport Harbor Walk (William St. to Greene St.) Known as the Key West Bight, you can walk along the meandering wooden walkway along the harbor that winds from above the foot of William Street to Greene Street. This area was a working fishing harbor until about 20 years ago and this was where the shrimp boats docked and the fishermen un-loaded their catch. Now you will pass marinas, an eclectic array of island shops, restaurants and unique bars. This is the area where you will likely leave for a sunset cruise, snorkel trip, or dive boat.

Key West Cemetery (701 Pauline St.) The Key West Cemetery is a 19-acre cemetery at the foot of Solares Hill and it is estimated that as many as 100,000 people are buried there. It is well worth a stroll through this historic landmark and check out the interesting grave markers and the U.S.S. Maine Memorial Site.

Key West Lighthouse & Keepers Quarters Museum (938 Whitehead St.) The current lighthouse opened in 1848 with a woman as its keeper (nearly unheard of in the 19th century). In the following years, the lighthouse underwent several upgrades and added the Keeper’s Quarters and finally the electrification of the light. Now it stands as a reminder of Key West’s maritime heritage. Visitors can walk up the 88 steps to the top of the light and explore the photos and memories of the lighthouse Keepers and their families.

Tennessee Williams Museum (513 Truman Ave.) Tennessee Williams, one of America’s foremost playwrights, called the island of Key West ‘home’ for over thirty years (1941 until his death in 1983). In 1950 he bought the house at 1431 Duncan Street that was his home for 34 years. Visitors to our city and locals are invited to tour this educational and historic exhibit. They can enjoy and learn about Williams’ literary accomplishments and life in Key West through an extensive collection of photographs, first edition plays and books, rare newspaper and magazine articles, videos, a typewriter used by the author while writing in Key West and other artifacts on display.

The Custom House (281 Front St.) this four-story incredible work of architecture, built in 1891, originally served as Key West’s custom office, postal service, and court house. It was built to keep up with the increasing population when maritime wrecking made Key West the richest city, per capita, in the U.S.A. Today it stands proudly as a museum and the home of the Key West Art and Historical Society.

The Harry S. Truman Little White House (111 Front St.) The Little White House is the State of Florida’s only presidential site. It was originally constructed in 1890 as naval officers housing and has had several famous visitors including Thomas Edison and several Presidents. And it was the winter White House of Harry Truman who spent 175 days of his presidency here from 1946 through 1952. Truman faced the rebuilding of Europe, the Palestine question, issues of Civil Rights and our response to the Cold War. Visitors can enjoy a guided tour and will see original furniture, photos and memorabilia from the Truman period.

The Key West Shipwreck Museum (1 Whitehead St.) This museum, which is a recreation of a 19th century warehouse, combines actors, films and actual artifacts to tell the story of 400 years of shipwreck salvage in the Florida Keys.

The Oldest House Museum (322 Duval St.) Built in 1829, the oldest house in Key West features family portraits and original furnishings, as well as other period pieces, ship models, and documents telling the story of old Key West. In the rear of the house is a spacious, peaceful garden, where benches invite you to sit and reflect. There, you will see the only surviving Cook House in South Florida.

Key West offers an eclectic variety of shopping options and most are locally owned. You will find boutique shops throughout Old Town Key West that sells everything from clothing to art, pottery, jewelry, gifts and Key West memorabilia. OKW’s Galleria is a great place to start to find unique Cuban art and other gifts.

Ocean Key Boutique (2 Duval St.) – This chic boutique located within Ocean Key House Hotel sells decor from around the tropics and apparel to fit for styles from beach to boat.

Our Key West Galleria (613 Simonton St.) – Check out the unique selection of gifts, local art and hand crafts at this charming old town gallery and shop.

Mayanjali (1114 White St.) – located in the Shakti Yoga Studio this cafe and boutique is a serene place to shop for wellness products and accessories, locally made jewelry and yoga wear.

The Angling Company (333 Simonton St.) – this store sells everything you need for fishing the backcountry and apparel for your next outdoor adventure with top-end brands like Under Armour, Columbia, and Simms.

Art galleries are scattered throughout Key West and Stock Island and they are a great way to familiarize yourself with local artists. The Studios of Key West has a gallery and rotating exhibitions at their space on Eaton Street. There are also several monthly art walks such as Walk on White (held the third Thursday each month). And many local artists such as David Wegman and Helen Harrison encourage visitors to stop by their studios to see their latest works of art.

The local music scene in Key West with the open air bars and restaurants bring music of all kinds to this tiny island. The iconic Green Parrot and Sloppy Joe’s are just a few of the local bars that regularly host talented musicians. Local musicians like Zach Seemiller, Tony Baltimore and Larry Baeder can be found at the local music venues like Willie T’s, Sunset Tiki Bar & Grill and Hog’s Breath. Larger venues like the Key West Theater, the Key West Amphitheater and Sunset Green Events Lawn host top name acts including Wille Nelson, Avett Brothers, Grace Potter and more.

Key West has 5 live theaters, wonderfully curated small bookstores, and many other venues where you can experience unique theater, art and music.

Key West has an abundance of bars and clubs with a high concentration on Duval Street but even off the beaten path you can find dive bars with great live music and watch the sunset from waterfront bars.

Key West is known for its wide variety of eating options ranging from high-end white tablecloth restaurants to open air picnic tables serving up everything from fresh caught seafood to Key Lime pies and more.

Key West has two public parks with tennis courts and one park with pickleball courts. The Bayview Tennis Courts have a tennis pro that offers private lessons or it is easy to get a pick up game. The Key West Golf Club, located a few miles from downtown, is an 18-hole Rees Jones Championship course and open to the public. With water all around you, there are lots of options for swimming in the ocean however you can also swim laps at the MLK Community Center Pool with dedicated lap swimming from 9-11 am daily.

Local since 1974, we facilitate authentic and compelling guest experiences emphasizing the natural world, art, music, food, history, and local characters. We provide premium concierge services, and serve as market-maker for a select pre-screened portfolio of the island’s best guest activity providers. We have a commitment to quality and manage a full-service local concierge call center providing personal guest support from 8am to 8pm every day.